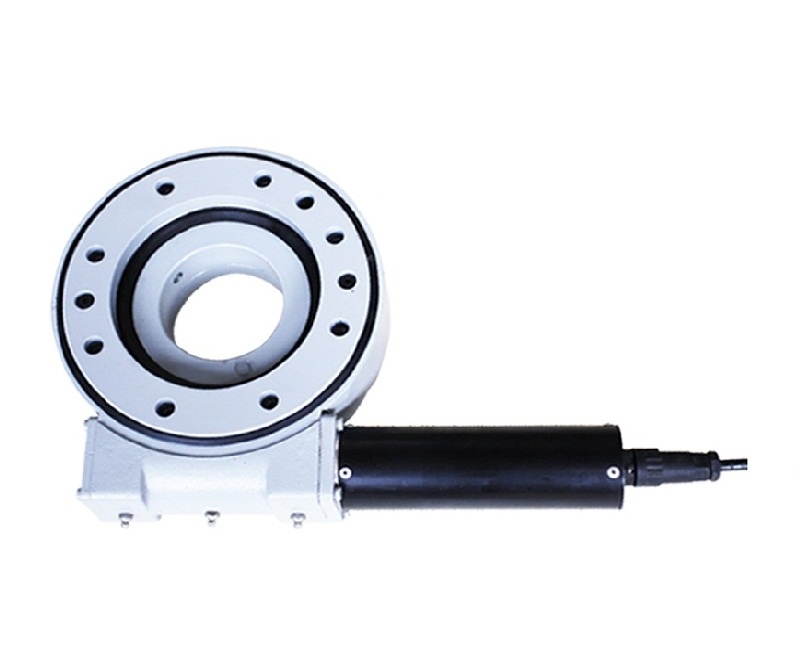 SLEWING DRIVEBy adopting slewing bearing as its core component,slewing drive can bear axial force, radial force and tilting moment simultaneously. Slewing drive is widely applied in modular trailers, all types of cranes, aerial working platform, solar tracking systems and wind power systems.Electric and planetary gearboxes can be designed according to customer’s requirment.Slewing drive has the advantage for saving space in facilities,max load capacity in a …

Electric and planetary gearboxes can be designed according to customer’s requirment.Slewing drive has the advantage for saving
space in facilities,max load capacity in a compact design,extensive lifespan, reduced maintenance costs.Glossary
Tilting Moment Torque: Torque is the load multiplied by distance between the position of load and the center of slewing bearing.
If the qorque generated by load and distance is greater than the rated tilting moment torque, slewing drive will be overturned.
Radial load: Load vertical to the axis of slewing bearing
Axial load: Load parallel to the axis of slewing bearing
Holding torque:It is the reverse torque.When the drive is rotating reversely, and parts are not damaged,The maximum torque
achieved is called holding torque.
Self-locking: Only when loaded, the slewing drive is not able to reverse rotate and thus called self-locking.

Send your message to us: