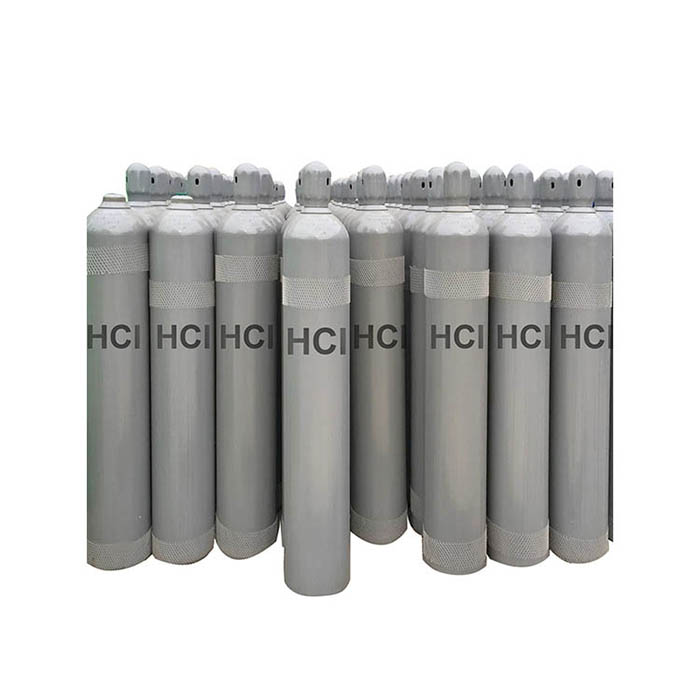 Hydrogen chloride has the chemical formula HCl. A hydrogen chloride molecule is composed of a chlorine atom and a hydrogen atom. It is a colorless gas with a pungent odor. Corrosive, non-combustible gas, does not react with water but is easily soluble in water. It is often present in the air in the form of hydrochloric acid fumes. Hydrogen chloride is easily soluble in ethanol and ether, and also soluble in many other organic substances; very easily soluble in water, at 0°C, 1 volume of water can dissolve approximately 500 volumes of hydrogen chloride. Its aqueous solution is commonly known as hydrochloric acid, and its scientific name is hydrochloric acid. Concentrated hydrochloric acid is volatile. Hydrogen chloride is colorless, with a melting point of -114.2°C and a boiling point of -85°C. It does not burn in the air and is thermally stable. It does not decompose until about 1500°C. It has a suffocating odor, has a strong irritation to the upper respiratory tract, and is corrosive to eyes, skin and mucous membranes. The density is greater than air. The chemical properties of dry hydrogen chloride are very inactive. Alkali metals and alkaline earth metals can burn in hydrogen chloride, and when sodium burns, it emits a bright yellow flame. Hydrogen chloride is used in the petrochemical industry to promote the effectiveness and regeneration of catalysts and increase the viscosity of petroleum; it can be used to produce chlorosulfonic acid, synthetic rubber, etc.; it can also be used to make dyes, fragrances, drug synthesis, various chlorides and corrosion inhibitors, and clean , Pickling, electroplating metal, tanning, refining or manufacturing hard metal. High-purity hydrogen chloride gas is widely used in silicon epitaxial growth, vapor phase polishing, gettering, etching and cleaning processes in the electronics industry.

Most hydrogen chloride is used in the production of hydrochloric acid. It is also an important reagent in other industrial chemical transformations.

In the semiconductor industry, it is used to both etch semiconductor crystals and to purify silicon via trichlorosilane (SiHCl3).

In the laboratory, anhydrous forms of the gas are particularly useful for generating chloride-based Lewis acids, which must be absolutely dry for their Lewis sites to function.

④On-line analysis system for quality control in every step;

⑤High requirement and meticulous process for handling cylinder before filling;